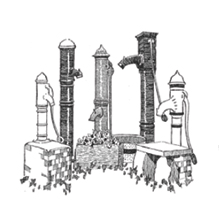 Success at the Cup Final!

Olveston United AFC are the G.F.A. Senior Amateur Champions for the year 2016-2017, following their triumph in the Cup Final on 24 April 2017!   Congratulations to all concerned. 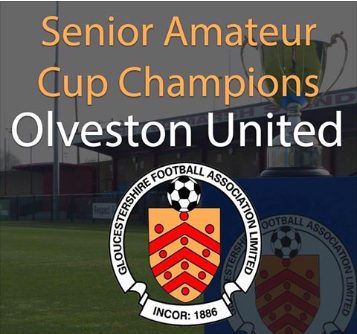 Help us with our expansion plans!

Olveston United Football Club, in conjunction with Old Down Cricket Club, are aiming to expand and improve our home facilities - The Olveston Sports and Social Club. This cannot be done without financial support and a lot of effort behind the scenes. Both sporting institutions have a growing membership base and expanding youth sections and we hope to secure their future by achieving this.

Keep up to date with all the latest news about the club, including match reports, on our Facebook page: www.facebook.com/OlvestonUnitedAFC

The First team won the Senior Amateur Cup Final on 24 April 2017 at the G.F.A headquarters and we have applied for county league status for
next season.

We also have a Second team.

They play on Sunday morning

They train Saturday mornings 10-11.30 am at Olveston School

If you'd like more information about any of these teams or want to find out how to join the club, please contact Jake Lansdown (07772 900845) or Russell Knight (email: This email address is being protected from spambots. You need JavaScript enabled to view it.)

History of the Club

Olveston United Football Club was formed in 1926 and, for the first few years of its existence, played in the Bristol & Suburban League. In 1932 we joined the Bristol & District League, winning the Division 4 Championship in our first season.

Interestingly, the colours worn by all our teams are the same. The Blue and Yellow you see today are the colours of the "Gloucestershire Hussars", the regimental colours of Col. C.E. Turner, our Club President from 1926 to 1962.

Two League sides play each Saturday and the U18s team plays on a Sunday.